For many Canadians, broadband Internet access is already a reality. In most urban areas, users have a choice between DSL and cable-based broadband connections. Many carriers have ambitious plans to push even higher bandwidth fibre-optic networks closer to their customers, opening up the opportunity for applications like video-on-demand in the not-to-distant future.

Unfortunately, this access to broadband is far from universal. The cost of laying new fibre or cable and the distance limitations of existing DSL technologies means that, right now, broadband is mostly an urban phenomenon. Users in lower density areas of the country are still forced to access the Internet through dial-up connections.

At part of last spring’s CITO/OCRI TechTalk on Metro Networks and Last Mile Access, the evolution of DSL was explored, offering a look at plans to overcome the technology’s current distance limitations and the role it can play in proposed “fibre to the neighbourhood” (FTTN) initiatives.

The Distance Dilemma
DSL works by exploiting the bandwidth that exists in the pair of copper wires carrying telephone service into nearly every building in North America. These copper wires carry regular voice calls in a frequency range between zero and 3,500 Hertz. However, the wires have the capability to handle much higher frequencies – potentially up to several million Hertz. Historically, limiting the frequencies used by voice traffic allowed carriers to pack a lot of wires into small spaces without having to worry about interference. DSL exploits this extra bandwidth to send digital data over frequencies above voice traffic, providing broadband Internet access and telephone service over the same – already installed – wires.

On the customer end is a transceiver, or DSL modem, that provides a connection between the network and the user’s computer. At the service provider’s central office is the DSL access multiplexer (DSLAM), a device that serves as the connecting point between many DSL users and the larger Internet. The DSLAM also functions as a splitter, diverting Internet data to a backbone network switch and voice traffic to the telecommunications network.

DSL’s main limitation is distance – as the distance between the user’s DSL modem and the DSLAM increases, the signal quality and connection speed decrease. According to figures from Bell Telephone’s Norman Smith, asymmetrical DSL (ADSL – the technology typically available for consumer use) will typically offer relatively consistent downstream speeds with distances up to 2250 metres; distances further than that show a linear degradation in performance to a limit of about 5500 metres. The technology that allows voice traffic to travel farther – small passive devices called loading coils – disrupts the integrity of the DSL data. So, currently 5.5 km is the maximum distance users can be reached from the provider’s central office, and that link must be free of loading coils and any other voice equipment incompatible with DSL. These limitations have meant that DSL is currently only viable in dense urban areas, where many homes and businesses exist within 5.5 km of the provider’s central office.

If The Customer Won’t Come The The DSLAM …
That solution, says Yeap, is to move the DSLAM closer to the customer. He proposes moving the device into what is called the outside plant interface (OPI), the main junction point between a neighbourhood’s individual phone lines and the phone carrier’s central office where DSLAMs are located today. In this architecture, each DSLAM serves a neighbourhood through a 1.7 km loop – well under the technology’s 5.5 km limit. Once processed through the DSLAM, Internet data can travel back to a backbone network switch at the central office; the distance between the DSLAM and this switch is not an issue. The approach is a “good architecture for telcos to use to provide high bandwidth services to the home,” Yeap says.

Not only does this architecture mitigate the distance issue, it is also easily scalable, making it cost effective to add service to new areas as the market becomes attractive.

But, there are a number of technical barriers to the widespread implementation of remote DSLAMs. Current technologies mean fairly large remote DSLAMs that can cost up to $500,000.

What is needed, Yeap says, is something small enough to not require a lot of extra power and infrastructure and cheap enough to be implemented on a large scale – without worrying about expensive equipment that might be a target for theft or vandalism.

But creating a small, inexpensive remote DSLAM will require overcoming a number of technical challenges. Dr. Yeap is currently conducting research he expects may find the solution to these challenges.

Key among them is the need to go through each component of the DSLAM, looking for ways to reduce size, power consumption and heat while increasing capacity. For example, Yeap cites the need to increase the port count in the modem component of the DSLAM to 16 – 32 ports per chip, versus the 12 ports per chip with current technologies. His aim is a power consumption of less than 250 mW per port, or about on third of what current modems consume. Such reductions in power consumptions are needed to create small DSLAMs capable of being powered off of existing infrastructure. These modems would also be multi-functional, supporting different versions of DSL, reducing the number of components and increasing the DSLAM’s functionality.

The goal is to create a DSLAM small and efficient enough to make broadband DSL service profitable for telecom carriers.

“For telcos to make money at $40 per month [subscription fees for DSL service], the selling price for the DSLAM should be approximately $100 per port,” say Yeap. He goes on to explain that this translates into a manufacturing cost of $50 per port. How much of a reduction is this? Well, current ADSL DSLAMs cost $250 – $300 per port; higher-performing VDSL (very high bit-rate DSL) equipment is as much as $3000 per port.

Despite the challenge, Yeap is optimistic. DSL services are still in their infancy stage, he says and “we have a lot we can do to better utilize DSL” before fibre-to-the-home technologies become viable – or necessary.

An Excellent Bridge Architecture
Another advantage of the remote DSLAM architecture is that it lends itself nicely to extending high bandwidth optical fibre connections closer to the end user.

Carriers can use optical fibre to connect the remote DSLAM (sometimes called VDSL gateways in this application) to the central office, providing a big pipe to support dense neighbourhoods and opening up the door to new services. According to Bell Telephone’s Norman Smith, such VDSL services could support 22 Mbps download speeds and 2 – 3 Mbps upload speeds – enough performance to support services like video-on-demand and interactive gaming.

While the ultimate goal is still seen by many to be an all-fibre network, a remote DSLAM could be an important bridge technology, bringing the carrying capacity of fibre to within walking distance of your home.

Conclusions
While the initial roll-out of DSL technologies were a predominantly urban phenomenon, the next phase will see broadband technologies that make it economically feasible to extend DSL to a wider audience, while at the same time providing an opportunity to extend fibre closer to the end user. The result may be that the original hype around broadband – and the applications it could enable – may finally begin to be realized. 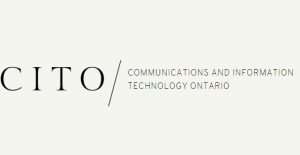